As expected, not yet sure of the total end of Covid-19, the Spanish government has decided not to start any club event on the island.

It was the great risk that the club world did not want to run, we also talked about it a couple of months ago, but in the end the choice was almost inevitable, that is, the one that led the institutions of the Balearic islands to decide to close all clubs and discos for this summer.

It is one of those unthinkable decisions that will have a huge negative impact both economically and in the media because Ibiza is where you can breathe electronic music, the successful engine for djs and the place of musical certainties for the many fans around the world. Ibiza is music and without Ibiza this year clubbing has received the final coup de grace in a year already devastated on a musical level.

The first to give the news is the newspaper Diario de Ibiza which in an article announces the choice imposed by the authorities on the total closure, you will want to avoid at any cost any type of gathering or danger that could lead to an increase in infections in a nation that it has been greatly tormented by the Coronavirus and which obviously cannot yet afford the arrival of people from all over Europe or from the world.

The definitive confirmation comes a few hours later with an official statement signed directly by the organizers of Hï Ibiza and Ushuaïa and ANTS through the event producer The Night League. 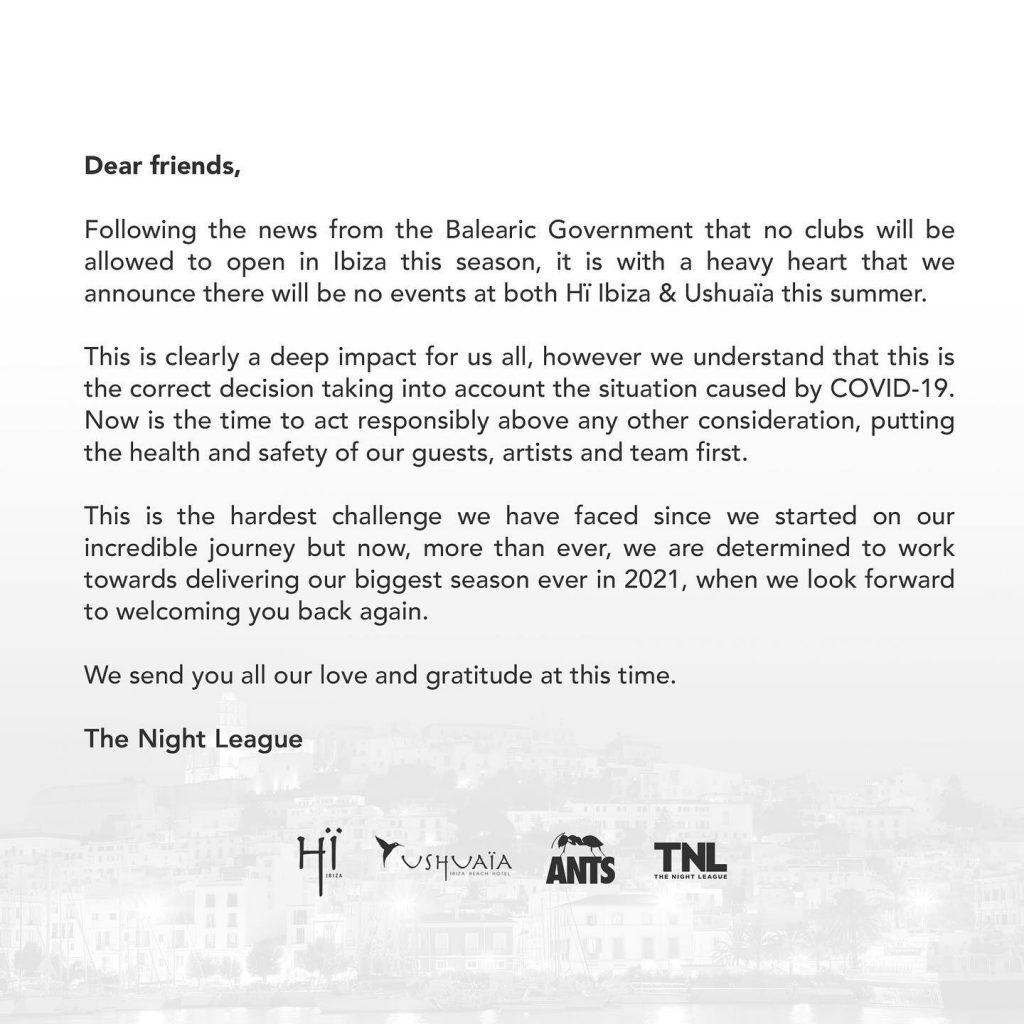 With the first drop in infections, we hoped that summer could start because normal life was recovering, but this was not the case: the risk of a virus recovery is still too high (also considering the latest unhappy rumors from China) and the final decision.

We will then continue with the streaming events that are still having a great success, along with many fundraisers.
We hope that close to autumn the situation will improve even more to allow the organization of these events in a more serene way and to hope for a winter season as an initial start-up to the revival of live music.