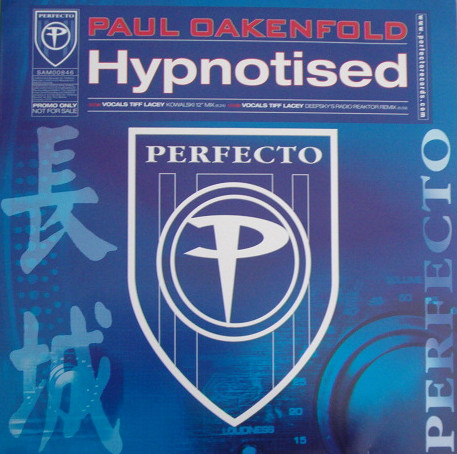 From the successful 2002 album “Bunkka”, the legendary Paul Oakenfold, following the previously released singles that have received ample positive feedback worldwide (one of which, among the masterpieces of trance music, remixed by another legend and which we will soon reveal here.), in 2003 he released the harmonious “Hypnotised”: this track, co-produced with Steve Osborne, is a vocal trance gem, where we find the fantastic voice of Tiff Lacey who, as the title of the song suggests, “hypnotizes” the listener; the version you will be listening to has been re-arranged by Kowalski (Duncan Glasson).