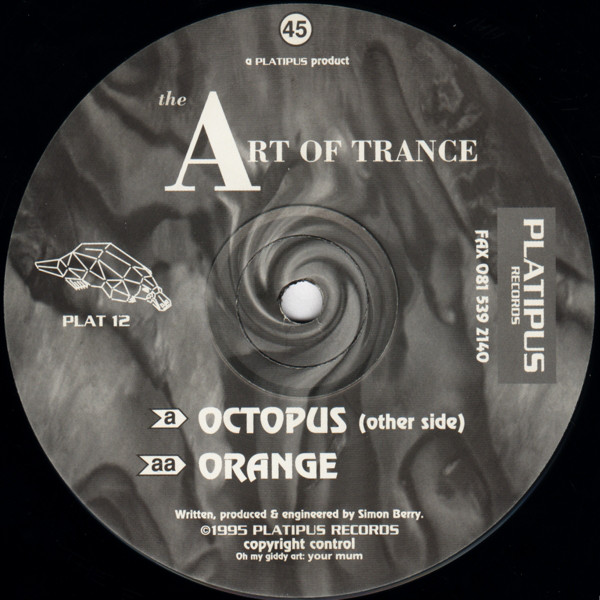 Simon Paul Berry is one of the most famous exponents of the hypnotic trance of the 90s and one of the pillars of the Platipus label, thanks to his most famous pseudonym: Art Of Trance. From his first studio album “Wildlife On One”, in 1995 he released “Octopus”, a song that faithfully follows the dreamy, almost “metaphysical” but at the same time accelerated trance style, in the song there is a vocal sample of “Sheila Chandra – Love Is A Killing Thing”. In the same year, Man With No Name (Martin Freeland) remixes the song, giving a high moment of historic Goa Trance !