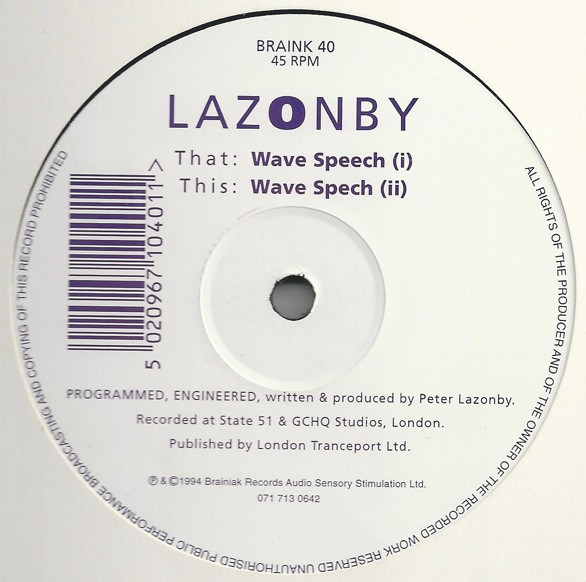 Peter James Lazonby, from UK, produced, in the mid-90s, some massive tracks straddling trance and techno music. One of them is the hypnotic “Wave Speech” from 1994: the song is characterized by a surreal dark sound in which a enthralling hard trance beat emerges. This song was further remixed by Oliver Lieb and Sunbeam during 1995.